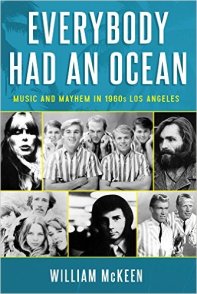 To Die Young) latest foray into narrative nonfiction. With equal appreciation for the pop music emanating from Southern California’s musicians in the 1960s, McKeen also illuminates the lascivious, drug-addicted, and criminal activity undertaken by its makers. Though the central narrative is focused on the development of the Beach Boys and their enigmatic front man, Brian Wilson, McKeen relates their tragic success to seemingly unrelated artists of the same generation: Tina Turner and Joni Mitchell. In the tradition of music journalism, McKeen’s language oscillates between historian and superfan depending on the artist. His love for the Beach Boys, for example, is noticeable in prose and tone. VERDICT There is no shortage of literature dedicated to the music of this decade in American history. However, McKeen manages to hint at some larger forces, both dark and bright, that constellated this particular group of artists underneath the palm trees of La-La Land.

View all posts by finnellj