As a member of Barack Obama’s 2008 presidential campaign staff, Graham- Felsen helped articulate Obama’s message of empathy and cooperative change across social media outlets. Here, in his debut novel, he weaves those themes into a story about two 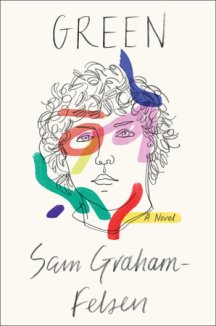 friends navigating adolescence across the racial divide. Nicknamed Green, Dave is one of the few white kids attending Martin Luther King Middle School in Boston. His life is occupied with a daily struggle to fit in, which extends from his clothing to his demeanor. Through a shared admiration for Larry Bird and the Celtics, a black classmate named Marlon becomes one of Dave’s only friends and allies. Together, they manage the awkwardness of middle school under constant pressure to succeed from parents, teachers, and the larger community. As Marlon and Dave form their own individual identities, however, their similarities slowly become eclipsed by their differences, from family backgrounds to life goals. VERDICT Based on Graham-Felsen’s childhood in Boston in the 1990s, this work poignantly captures the tumultuous feelings of adolescence against the historical backdrop of a racially segregated city and country.

View all posts by finnellj